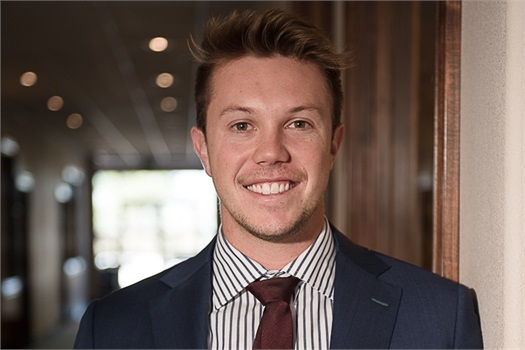 I love Numbers. As a young boy, maybe 10 years old, I would lay in bed counting sheep to help me fall asleep, just like we all tried to do. In school I had recently learned how to do my times tables, so instead of counting in numerical order, 1….2….3…, I would double the numbers as I went, 2….4….8…etc., and see how high I could get in my head, without using a calculator. I would start to get too excited around 8,388,608, to actually fall asleep, so I would have to stop counting and find another way to fall asleep.

A few years later I remember coming home from school after learning long division. I would race through my homework, just to then make up my own problems that were exponentially more difficult. I would show off to my mother and divide these ridiculously large numbers like 5,791,335 by a number like 16. When I first learned long division, I used the “R technique” where you state the remainder next to the equation instead of getting into the decimals. At first that impressed my mom and my dad, but the charm didn’t last for long. My next step was to find the exact decimal so I would take each equation out to the exact decimal, this resulted in me slowly starting to find less and less extra paper around the house. As I got a little older, I would find other places to write my numbers, one of my favorites was on the glass doors of the shower after the heat from the shower had made them steamy. Some things never change and my wife will still find some numbers drawn onto the shower doors to this day.

I love People. As early as I can remember I have loved interacting with people. I have been blessed to have been raised by good parents that have taught me to treat others with genuine kindness. The part they don’t tell you is when you treat people well, you are the one who generally receives the benefits.

I would go shopping with my mother at Albertson’s at a very young age, it wasn’t until I was much older and had moved from St. George to Cedar City that I learned that you don’t get free candy and cookies every time you walk into a grocery store. As my mother would say I had enchanted the employees, especially the older ladies, with my charm as a 2-year-old and they would give me just about anything I asked for. This principle of receiving rewards for treating others well has continued throughout my entire life, but now instead of getting free Sixlets and cookies I am rewarded with a plethora of amazing friends and a strong passion for helping others.

I love Money. Sitting in College as a Freshman, having my Professor empty the contents of my wallet out in front of the entire class, I learned an important lesson about money. As he was pulling out every single coupon, punch card, ID, and every other little thing that wasn’t money, some change fell out on to the ground. I remember being pretty embarrassed standing up there, and not wanting to take the time to go scrounging around the front row for what at most could have totaled 75 cents. My professor, who prior to teaching had been a very successful money manager, that managed over 5 billion dollars, was by far the richest man in the room. Out of all the poor college students scraping to get by he was the one who was most concerned about the loose change. He asked me, “I’m sorry for dropping that, aren’t you going to pick that up?” I scoffed and said, “No, it’s just some change. I don’t care about it.” He then proceeded to explain that this was one of the main reasons individuals do not accumulate large amounts of money over their lifetime, people don’t respect money. That cut deep. Now, I’m not saying that 75 cents would have made an impact on my overall wealth, or dramatically changed my life in any way, but the choice to leave money laying there, when it is something I needed, regardless of the amount, made an impact on my life. That day he taught my class and I the importance of having a true respect for money.

This one lesson has become a foundation for how I have viewed money over the last few years. I love money, I love how it works, I love what it can do, I love how it can be a benefit in the lives of so many. This adoration of money has led me to a career where I can surround myself with three things that I love and can look forward to everyday when I get out of bed in the morning. This new perspective combined with my original love for numbers, and working with people, has created a genuine love for what I do as a Financial Advisor I look forward to working with and getting to share some of the things I love with you.